The Shared Eyebrow and the Runaway Tablet

He has a blue jogging suit and winter coat, she wears leggings as pants with a ski jacket. They stand close while waiting for the plane. She tries to hand him his own ticket and passport, but he pushes them back. She is to be in charge. The woman has overly plucked eyebrows that she penciled in with a dark line almost to her temple.  Her boyfriend has one thick unibrow, which makes a person suddenly remember songs from Ernie and Bert on Sesame Street.  With she too few and he too many, they remain shockingly inexpressive. Yet, he pulls her close for a hug, and she keeps her head slightly tilted to avoid from smudging her pretend eyebrows on the shoulder of his jacket.

During the flight, they remain in close contact, leaning heads on the other’s shoulder, trading knowing glances: A perfect pair.

Upon landing, the woman in the row behind them, who keeps company onboard only with her tablet computer, loses her sole companion. The gadget slips from her hands. Her squeal makes the shared eyebrow rise.

The couple could intervene, could snatch the device where it falls at their feet, if they hadn’t been holding hands. Their brows turn toward the fallen object, but their reaction time is slowed by affection. So their neighbor’s tablet, with its sleek design, slides like a hockey puck down the center aisle as the airplane angles down for landing.

Passengers in aisle seats gasp in fright as it passes, thinking a woodland creature went scurrying by. The plane arranges itself for the runway and edges right a bit, so the tablet finally slides to a stop along the feet of passengers in 7 D, E, and F. The shared brow couple sniffs, not undone by their lack of action. They have their priorities straight and their fingers entwined. 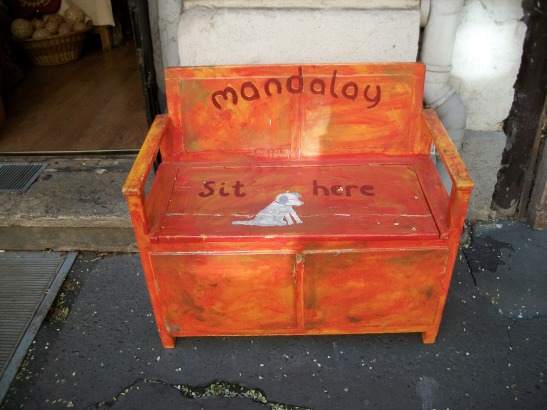 5 comments on “The Shared Eyebrow and the Runaway Tablet”