He’s somewhere in early 20s and exceptionally tall. He’s clean shaven and tan in his white button-up shirt. Back in the airplane, he ate a sandwich, sat restlessly in his seat, and spent the last 15 minutes before landing shaking his head and resting his face in his hands. Now he looks down the row of the cars near the Arrivals exit. He shifts, he hunches like many tall boys have been known to do.

A woman screams. A car door opens, voices call out. The screaming woman is running at the man in the white shirt, who now stands at his full height. When she reaches him for an embrace, she grabs him so hard that everyone waiting on taxis and shuttles can hear the gasp he lets out, the thud of their ribcages, the sob she continues. His mother keeps calling out, even as he is safely in her arms. She lets him go for a moment and he is bright red, fighting tears, perhaps also trying to catch a breath.

The rest of his family hustles up to embrace him, pat him, touch his hair–four teenage girls, two women other than mom, and three men. They have two vans full of family members have come to greet him and who are blissfully blocking traffic. Mom starts up again. She is crying, “My son, my son,” in her gratitude and she begins to slide to the ground. He works to hold her up, the bystanders taking in the scene with concern, with wonder. A man sweeping up cigarettes stops to watch the scene with a grin, with his head tilted to the side. It is worth the pause. Such a beautiful sight should certainly be appreciated.

A tiny girl finally cuts through the crowd and the tall young man grins at her and picks her up. He is led to the car, as other drivers are finally growing restless and it is time to go. His mother still clutches at his arm, guiding him to the car, tucking him in and then climbing into the second van. From her spot in the front seat, she demonstrates her similarity to her son, as she leans forward near the dashboard, shaking her head and resting her face in her hands. 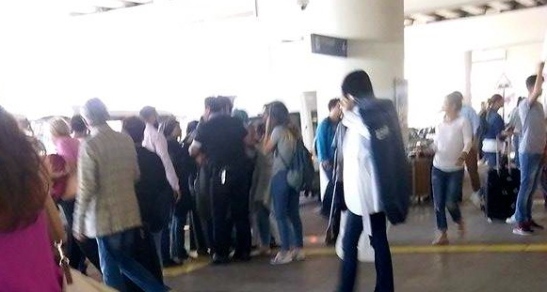 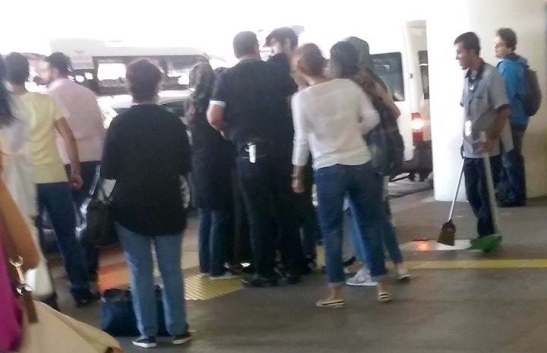 (I almost never photograph my scenes, and the quality of the photos shows both that I am not a photographer and too shy to pay attention to things like “focusing the camera.” But I think you can get a bit of the idea from these awful snaps. 🙂 )

14 comments on “The Welcome Home Scene”

This entry was posted on September 26, 2016 by thenicethingaboutstrangers in Travel.