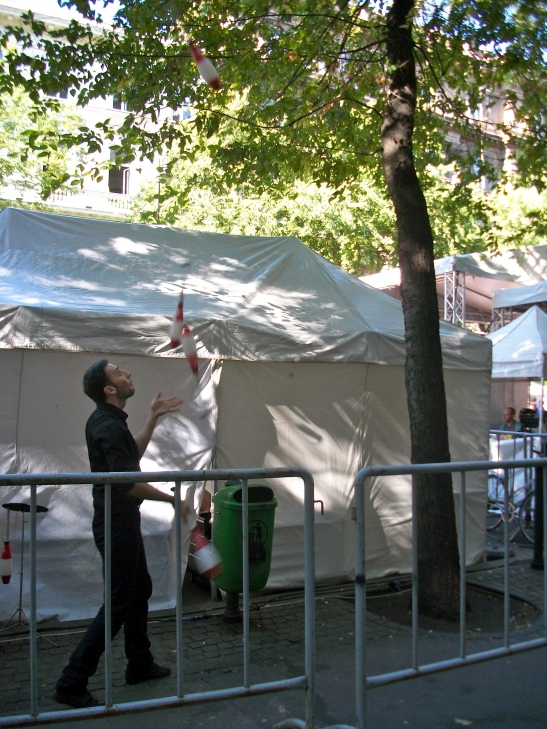 There’s a huge crowd out for the street festival on Andrássy út. The roads are closed to cars. Pedestrians mill around and inspect food stands, beer stands, and watch performances from circuses and singers. His event is just down the block from 10 buses parked in a row, shining new and with the doors open so everyone can experience a pristine bus. No graffiti, no grime. Children turn the steering wheels as men in reflective vests watch out of their periphery.

He’s on next. A cross between mimes and clowns are on now, running around, collecting the laughter of the crowd. He’s trying to get in some last minute practice, but it’s very hard to do warm-up juggling when so many people can already see him at it. He’s behind a tent, away from the space cleared for his group to perform, but he’s right by a sidewalk where people are sipping wine. He takes a breath, he tosses his pins, he drops his pins, he starts again. He tries to will himself some privacy, tries to block out the passersby shouting at each other, the children on scooters, the boisterous crowd. He’s not having much success, but there are several observers wishing him well, hoping for the best, watching the pins fall with hope that he’ll improve. They’re enjoying watching the warm-up. One can see his feelings and frustrations on his face. In a few moments, these will disappear from his expression. Onstage, only a costume of optimism will be allowed, so those who saw the warm-up will also see his transformation. 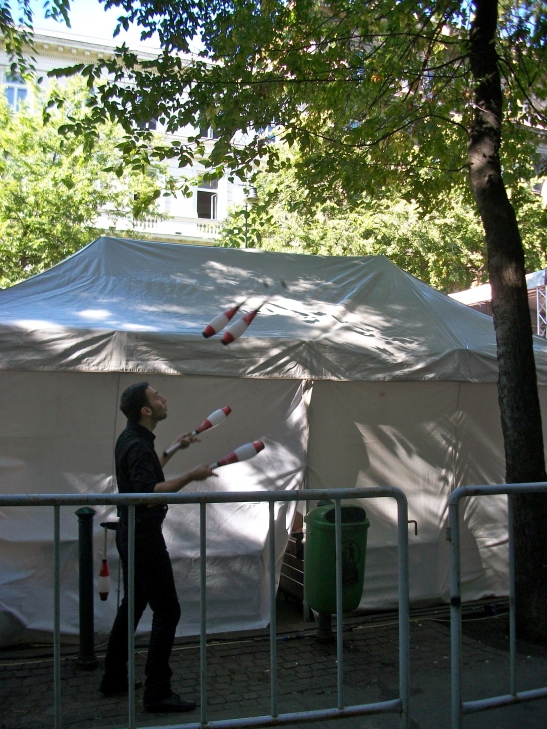 5 comments on “The Juggler”

This entry was posted on September 22, 2014 by thenicethingaboutstrangers in Travel.