The little old man playing the organ has lost most of his hearing, so he plays by heart. He plays beautifully, sweetly. Organs always make me think of baseball games, so I look at Father and wonder which coach he resembles.  It’s Catholic Mass at noon on a Wednesday, but there will be a seventh inning stretch.

A man and his grown son have matching hairstyles–smoothed with cream and combed into place. The father sometimes reaches for his son’s arm, taps him on the leg, offering a kind reassurance of his presence.

Most people here come alone. A room of widows, widowers, retirees and grandparents.  I adore a tall man with a cane, a missal, and a mustache. When I shake his hand and say, “Peace Be With You,” as we’ve been instructed, he replies: “Thank you very much.” I’m struck by it. I give him as much of a smile as two seconds will allow. A truly polite bunch, they respect quiet privacy. So no one stares when I wipe the tears from my eyes, at first trying to be subtle and having little luck with it, then using the back of my hand. They mercifully gaze into the distance and avoid the too-sensitive-woman in their periphery. 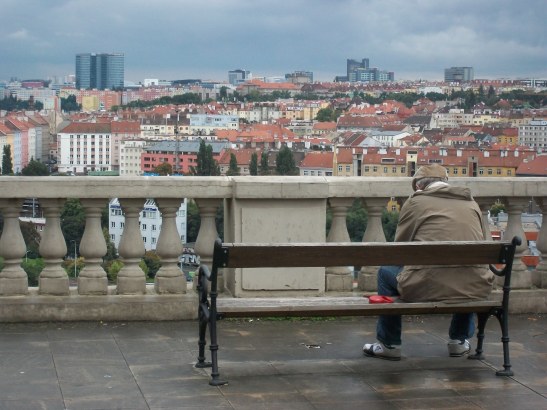 15 comments on “Baseball, Fatherhood, and Peace”

This entry was posted on January 15, 2014 by thenicethingaboutstrangers in Blogging, Happiness, Inspiration, Writing and tagged Catholic, crying in public, giving, kindness, Mass, peace be with you, thank you.