I love that if you’re writing in a notebook in public, everyone thinks you might be a spy. A spy of sorts, I suppose, but not a very glamorous one, politely leaning out of the way on an Amsterdam bridge.

I’ve just seen a mother on a bicycle with her tiny daughter perched just beyond the handlebars. All over the city, I’ve taken note of how many parents tote their tots in this way. It is a particular sort of culture shock to be in a town where bicycles reign supreme.

Her mother talks happily with her, but the girl is upset. She kicks her legs, kicks her pink socks and brown boots. She cries as they roll past crowds of people who turn turn toward the girl’s sobbing. In an instant, they beam over her. Strangers break from their maps and cigarettes to try and cheer the passing girl, smiling as she carries on, then shifting back into more serious tourist expressions. 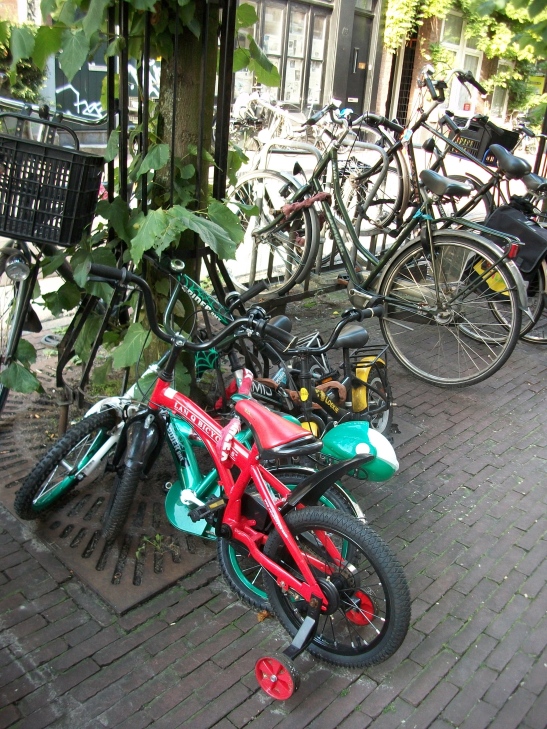 This entry was posted on September 16, 2013 by thenicethingaboutstrangers in Blogging, Europe, Happiness, Travel, Writing and tagged Amsterdam, bicycles, bridge, carrying a child on a bike, daughters, mothers and children, smiling at strangers.