It’s such an early shuttle to the airport. Two brothers wear green plaid shirts, grey sandals, black cargo pants in larger and smaller sizes, respectively. Groggy as they board, their mother directs them to a set of seats and takes the free place next to me, across the aisle from the boys. She glances over at them before her head droops back and her eyes close.

The boys are so tired. The older leans against the window. The younger tilts his face upward and closes his eyes. Yet his lashes flutter and his face scrunches in concentration, as though trying to will himself to sleep. The lane changes from the driver–as well as a few sudden tests of the brakes–keep the boys from settling in.

The older brother is frustrated and rubbing his eyes, when the smaller boy pats his own knee. Older brother lies down with his head across his little brother’s legs, finally able to relax. The now-pillow-boy sits very still, holding his hands back so as not to disturb the bigger boy’s nap.

I’m grinning over at this scene when the little one slowly turns toward me. He notices me staring and raises an eyebrow, giving me a minuscule “Are you lookin’ at me?” expression. It briefly makes me smile even more, but I cover my mouth. Then I back down and look away, minding my own business, as the victor in our exchange sits up straighter and watches his brother sleep. 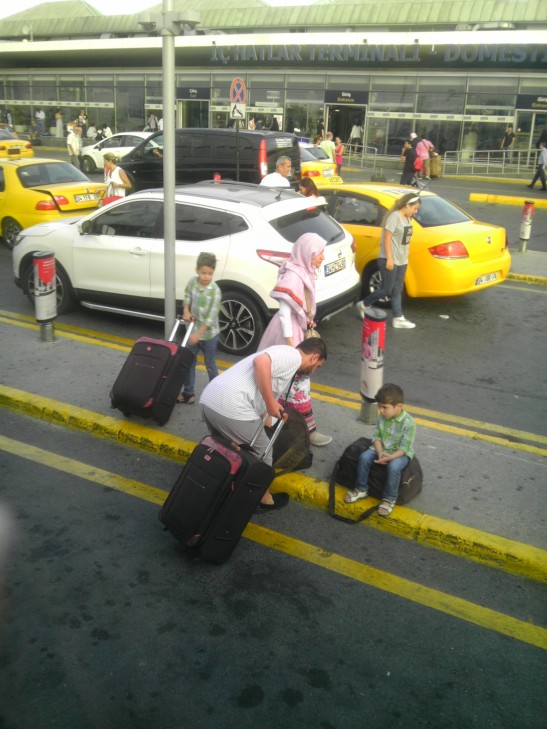