She gives her grandchildren a bright, rainbow umbrella. She opens it for those cherubs–a boy and a girl in galoshes–and lets the girl hold it over them both. She follows with a smart navy blue umbrella of her own. She smiles over them. The rain doesn’t change their day, they are out on a walk with Grandma just as planned. It’s a peaceful time together.

The rain isn’t too serious. However, up above, a gutter is clogged. Just a few meters ahead water pours in a stream onto the sidewalk. Grandma spies the temptation. “Nee, nee,” she’s giving them a no, anticipating their plan to test the umbrella under the splash. The small ones have picked up their pace and Grandma follows, continuing her warning, hustling to catch them. At the last moment, they obey. They step out of the tempting waterfall.

Yet, Grandma’s protective momentum leads her onward, right under the shower, which blasts buckets of water over her thankfully hearty umbrella. The children gasp in glee, “Oooooo!” Surprised as she is, her laughter echoes up the narrow street. Grandma gets to have all the fun. 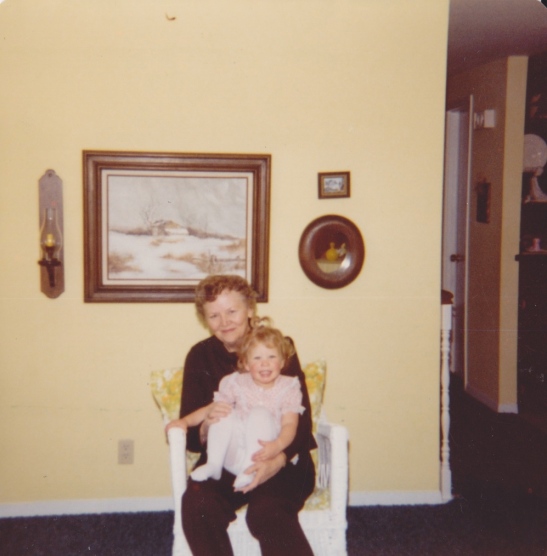 This entry was posted on September 3, 2014 by thenicethingaboutstrangers in Blogging, Europe, Happiness, Travel and tagged Austria, children, day out with grandma, love, playing in the rain, time with grandchildren, umbrellas in rain.