Learning to be Cool

The father wants to take a photograph of his daughter at the large airport window, in front of the airplane they will take to Vienna. He’s removed his shoes and walks the gate area in his socks. His teen daughter lags behind him with her head bowed. She wears a pose that she hopes will distance her from the nerdy connotations of her father’s rustling sport socks. She is at the age where cool is of the essence, and equally amorphous, and perhaps frustratingly out of her reach.

The mother is as pale as a Tori Amos album cover. She watches from their set of three seats, watching over her daughter’s gadgets and her husband’s travel books. She may be beaming over her spouse and child, but it’s hard to discern.

The daughter stands still and grumpy for the snapshot, rolling her eyes for all posterity. In the end, she won’t like the process, and later she won’t like the photo either. Here’s hoping that one day she will blush at how dramatically she’d replied to such a slight, fatherly request. In the meantime, a few minutes after they return to their seats, the daughter reaches over and pats her father’s arm–like a vision of who she might become. 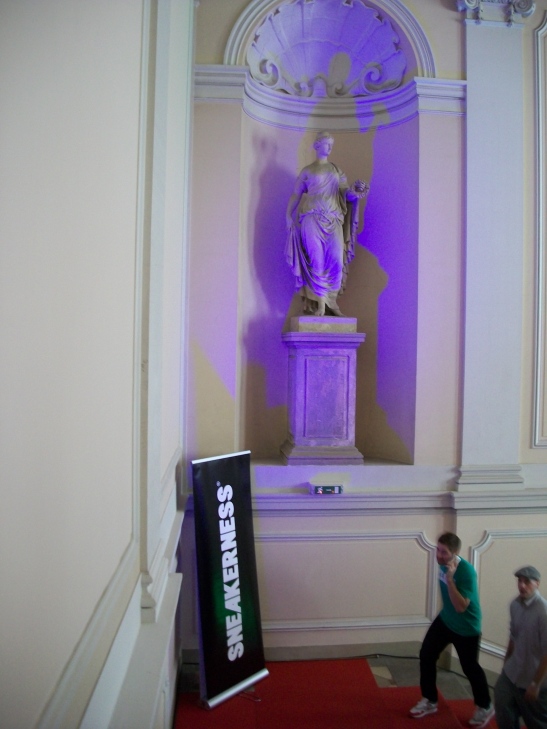 At a Sneaker Show in Vienna.

4 comments on “Learning to be Cool”

This entry was posted on May 23, 2014 by thenicethingaboutstrangers in Blogging, Europe, Happiness, Inspiration, Travel, Writing and tagged being cool, Chicago airport gate, compassion, father and daughter travel, growing-up, how to embarrass your teen, parents and teens, USA.