Runaways from a political rally, two helium balloons clap together. They are entangled above an intersection, caught in a wire on the side of an apartment. A man in a cardigan leans out of his third story window to glare at these balloons. He reaches his arm out to release them, to no avail, and disappears back inside.

Soon he returns. With a fireplace poker.

He sets to work, holding himself against the window frame with one arm as he fences his adversaries with the other. It’s unclear if he is dismayed by the political leanings of the balloons or bothered their trespassing. With a great stretch, he catches one and it pops–the sound of success drowned out by a departing bus.

A beautiful woman with a grocery bag of vegetables stands below the scene. She notices a few her fellow pedestrians staring at something above her. She looks up slowly, trying to make her curiosity appear like the typical upward stretch of a slightly tired, still beautiful woman. But then she gasps and tears off in startled jaywalking. Clearly, she doesn’t trust the man’s grip on his potentially deadly fireplace implement.

With one last jab, he finally bursts the second balloon. He makes a small noise of joy. A crowd of schoolchildren on the sidewalk give him a round of brief, sarcastic applause. He gazes down upon them, victorious nonetheless, and continues to smile to himself as he closes his window. 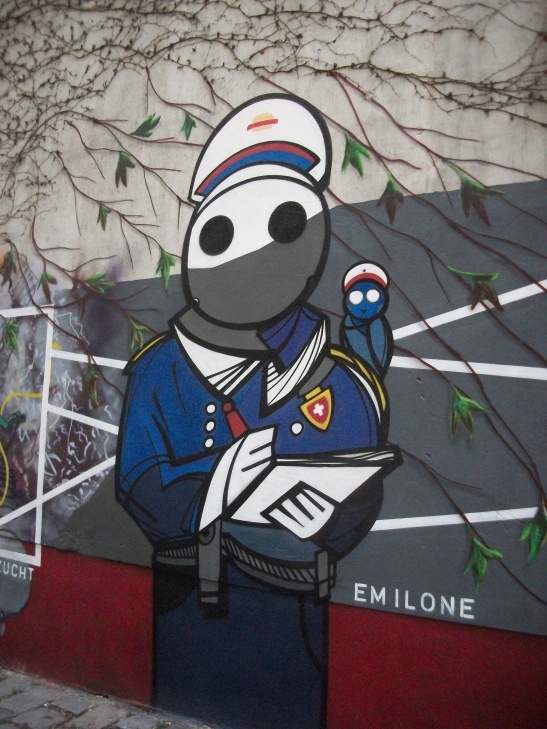