At the rest area in Sutherland, Nebraska, he exits the driver’s side of his old Ford truck, takes off his hat, and brushes back his final grey strands. He crosses along the front, squinting at the bug-encrusted windshield, absent-mindedly patting the hood, the engine that dutifully got them there.  Chivalrously opening the passenger door for his wife, she waves him on, hunting around in the seat for something. He moves to the camper they tow, ready for their lunch break. He lowers the fold-out stairs, unlocks the door with a key, and waits for her to join him.

She climbs down from the truck and adjusts her cardigan sweater, tugging it down over her narrow hips as though the hips were once wider and required some self-consciousness. She shuffles toward the camper with a paper bag, a lean loaf of sliced bread peering over the top. He tries again to offer assistance, but she pulls the bag away while smiling over at him. He lets her enter first, holding the door open against the wind while his cap remains unflappably on his head. They enter, wobbly, holding the frame of the entrance and the fixed furniture inside, to get themselves upright, to stay that way. 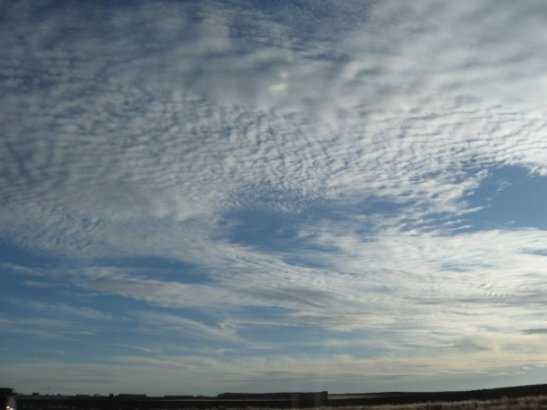 3 comments on “Slow and Steady”