Greetings from Overcast Istanbul! I’m here collecting new scraps of stories and taking a little time to reset and reassess. This week I’m reblogging three posts from the early days of The Nice Thing About Strangers. Also, I’m going to start asking questions…are you noticing the Nice Things around you? Get ready to submit a full report. Here’s some Austrian Chivalry to get you started…

He stood up when the little old lady came through the doors, since there were no available seats in this section of the U-Bahn. It was not a crowded mid-day, not a rush hour, but so many were sitting with newspapers covering their faces, like shy movie extras. The non-descript Austrian businessman set himself apart by his politeness.

Yet, the old woman didn’t see him rise, didn’t notice him clearing a place. She was deep in discussion with her pint-sized dog.

He was then compelled to stand in the aisle and crowd against two teenage girls with overly thin eyebrows that rose then dropped with annoyance as they held their ground.  His knees bent over his seat like Chaplin, but he hovered, stood again.  This tall man tried to take up no space, tried to go back to being part of the crowd as he reddened and shifted.

Finally, the woman seemed to be looking toward him, her head tilting up from her sole companion, but she was only in a trance, staring past the open seat and the waiting gaze of kindness.

At the next stop, the misguidedly chivalrous man of the U-Bahn exhaled. He opted to exit in an embarrassed rush. And he pushed through the unmoving passengers, jostling the old woman who tsk-tsked to her dog before she noticed a vacant seat. 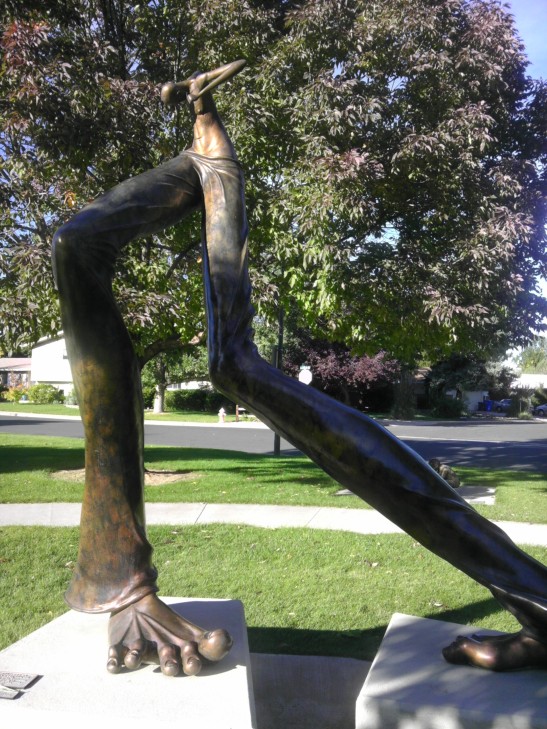