M. is a shy Peter Pan. Reddish-brown hair, chestnut eyes, trim in the macho-black button-up shirts of his fellow Turkish waiters, he stands with his hands behind his back while guests contemplate their menus. He takes orders in either Turkish or German, depending on the guest, sometimes in the local Viennese dialect, sometimes only pointing and nodding with English speakers.

After a relatively slow dinner shift, his seventeenth birthday party commences. He provides the cake. For the entertainment he playes the saz–a lovely gourd-shaped guitar–with his lips in his teeth.

He opens with an Orhan Gencebay song he’s been learning, and his labors are rewarded by joyful interruptions. His guests are the cook, the cook’s friend, the other waiter and his girlfriend, the cleaning woman’s husband, a passerby who stops to stare. They sing woefully, out of time with the careful work of his fingers.

He starts yet another, which the guests break into once the harmony becomes clear. They hurriedly voice the chorus to demonstrate their knowledge of the song, their proficiency in Turkish music, their longing for another place. Then, without waiting for even a minute, they call for a different suggestion that they want to hear–or not hear so much as be reminded of. His eyes flash to the table, where his pack of Marlboro Reds wait, cigarettes he looks far to young to hold.

Yet, M plays hospitably, stopping even when he wants to go on and become immersed in one song, he lets them call up other tunes.  His guests speak over each other in both German and Turkish, they sing and swoon, they enjoy themselves thoroughly. Nearly the whole party knows the same catalog of music.

M chooses one particularly sad song that makes the cook moan and put his head in his hands. The room grows sentimental, the older men rushing through memories with fondness and distant gazes. It is M’s birthday, but he doesn’t keep them.  At the end of the song, those solemn, wet, nostalgic sets of eyes fix upon him as a round of applause. He blinks back at them, he nods politely, he offers them cake. 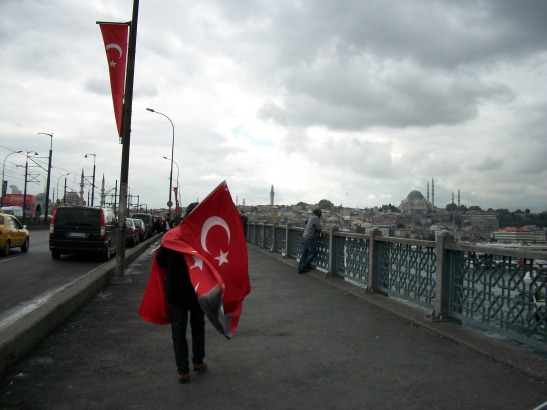